The dress Victoria Beckham wore for the royal wedding is now available to buy thanks to a surge in customer demand.

The navy-hued number was originally a bespoke piece but her eponymous label unsurprisingly received a large number of enquires after the designer wore the look at the May 19 nuptials. 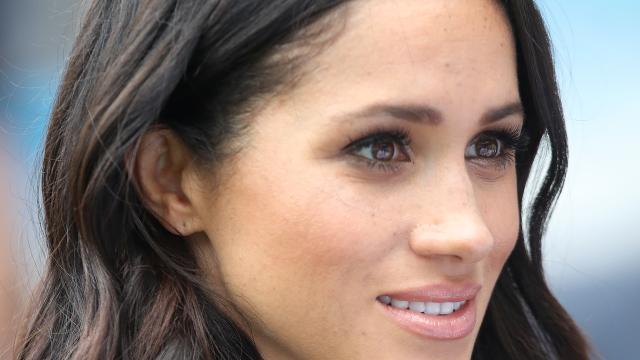 The Royal Box episode four: How Meghan Markle is adjusting to a lonelier life with the royals

Introducing The Royal Box, Yahoo UK’s brand new show on all things royal. Presented by Kate Thornton, episode four features royal historian Victoria Howard and etiquette expert Liz Brewer, who discuss how lonely royal life can be and dissect the growing celebrity circles the younger royals mix in. Kate also talks to double amputee and former royal marine Ben McBean, who shared his return flight home from Afghanistan with Prince Harry and has maintained a relationship with the royal ever since. Mr McBean looks back on his own time in the army and traumatic end to his tour. He also discusses Prince Harry’s unbiased treatment and what the royal has done for veterans since leaving the army himself. Plus, we look at what the Duke and Duchess of Cambridge and the Duke and Duchess of Sussex have in the diaries for the next few weeks.

To meet public demand, the London-based label is now selling the dress online for £1,495 in Beckham’s signature dark navy shade. In November 2018, red and ‘milk’ colourways will later launch as part of the pre-spring 2019 collection.

Shortly after the regal nuptials, the former Spice Girl announced via Twitter that her and husband David Beckham’s royal wedding outfits were up for auction in aid of the We Love Manchester fund.But the 44-year-old’s number was not the only dress which amassed thousands of praise hand emojis in the social media circuit, as the Duchess of Sussex‘s evening gown also caused mass hysteria.

A couple of weeks back, Stella McCartney pleased fashion fans by launching 46 identical dresses in two colourways: onyx-black and lily-white. With a £3,500 price tag the gown was significantly cheaper than Meghan’s wedding reception dress but was only available to clients of her Old Bond Street flagship store.In terms of other A-list wedding guests, a handful of their dresses are also (surprisingly) still up for grabs.

For those of you in need of last-minute wedding attire, look to Pippa Middleton for inspiration. The Duchess of Cambridge‘s sister wore The Fold’s £495 Hepburn dress for the history-making ceremony and we challenge you to find a more summer-ready look.

If you’ve also received an invitation to a rather formal nuptials (or are hoping to bag a ticket to Princess Eugenie’s upcoming bash) then look no further than Princess Beatrice‘s ethereal number. The £3,600 Roksanda silk-organza dress is still available in a powder pink hue over on Net-A-Porter.

But you’d rather don a look given the Hollywood seal of approval then look to Meghan’s former ‘Suits’ co-star Abigail Spencer this season.

The actress wore a seriously on-trend polka dot midi dress by Alessandra Rich (which must have been a hit, as Pippa also donned the gown for Prince Louis’ christening in powder blue).Psst, it’s now in the sale. Oh, but you’ll still need £1,225 to hand… 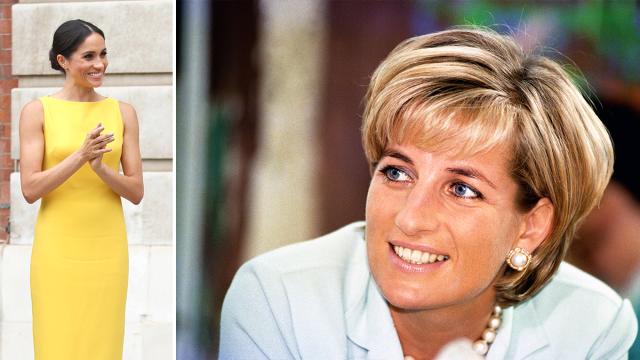 Introducing The Royal Box, Yahoo UK’s brand new show on all things royal. Presented by Kate Thornton, episode three features Princess Diana’s biographer Andrew Morton. Mr Morton talks about the repercussions of his Princess Diana biography, ‘Diana: Her True Story’ and how Meghan’s fitting into the royal family. Also on the sofa is PR guru Nick Ede, royal historian Prof. Kate Williams and psychologist Emma Kenny who give some insight on what it’s like growing up in the royal family with the whole world watching. Plus, we look at what the Duke and Duchess of Cambridge and the Duke and Duchess of Sussex have in the diaries for the next few weeks. Source: Danielle Fowler,Yahoo Style UK