Meghan Markle’s outspoken half-sister Samantha Grant has called for the Duchess of Sussex to “step up to the plate” following reports she has not spoken with her father for two months.Ms Grant, known as Samantha Markle on Twitter, lashed out at the Duchess online, appearing to accuse her of “ignoring” their father Thomas Markle.

She tweeted: “All the PR in the world cannot change the reality that the burden is on her to step up to the plate and do the right thing and not ignore our father.”

She added: “I don’t care who does not like what I have to say.” 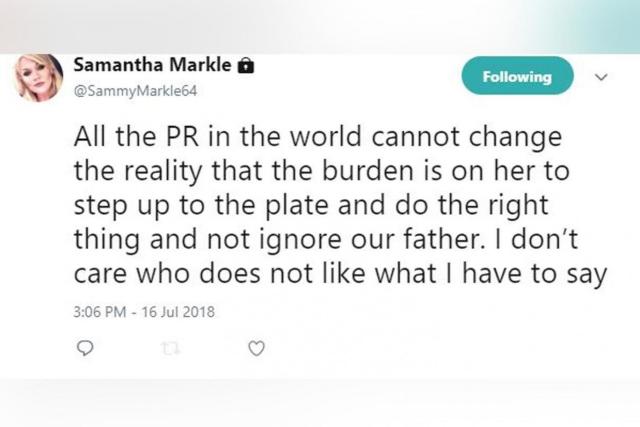 It comes as Thomas Markle said he is prepared to travel from Mexico to England to visit Meghan and husband Prince Harry amid fears he is being “frozen out” by the Royal family. 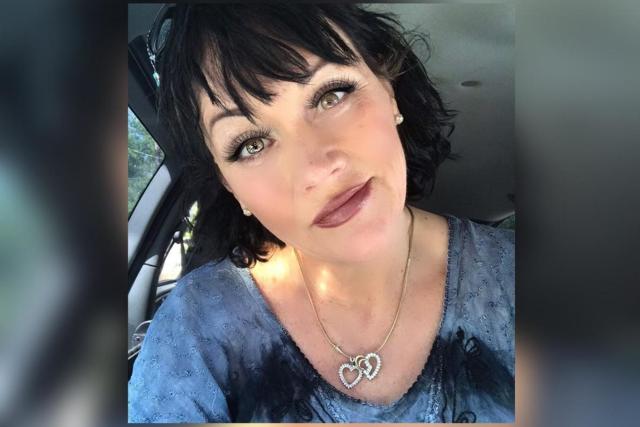 Mr Markle has not spoken to his daughter for two months, according to reports.

He fears he has been frozen out of the royal family after a paparazzi picture scandal ahead of her wedding, according to The Sun. 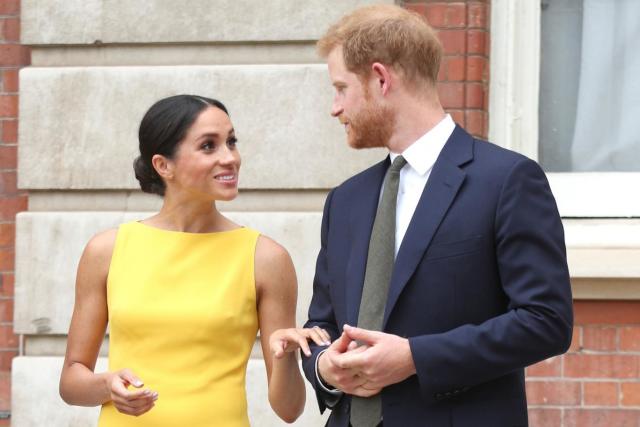 Mr Markle missed the wedding in May due to heart problems.

On Sunday, the 73-year-old said he was “sorry” the relationship with his daughter had broken down.

Ms Grant has made several previous attacks on Meghan, who she has not spoken to for years.

She was not invited to Meghan and Harry’s wedding and watched the ceremony on television from her Florida home.

Following the ceremony, she called for Meghan to “do the right thing” and reunite their family.