Jeremy Corbyn has been confronted by a sixth former over his refusal to say Vladimir Putin was behind the poisoning of a former spy in Salisbury as an international watchdog confirmed that the Novichok nerve agent was used.

The Labour leader was repeatedly asked by a student at Littleover Community School in Derby whether the Russian President was responsible for the poisoning of Sergei Skripal and his daughter Yulia.

Mr Corbyn responded by saying that “somebody was obviously responsible for it and that somebody has to be found”. The student subsequently asked Mr Corbyn: “You don’t think it’s Putin?”. Mr Corbyn responded: “I don’t say it is or isn’t. I say an investigation must take place so the finger of blame can be pointed with evidence behind it.”

Mr Corbyn is facing heavy criticism from his own MPs for refusing to directly blame Russia for the poisoning. The Organisation for the Prohibition of Chemical Weapons backed Britain’s finding that a military-grade nerve agent had been used in the poisoning of the Skripals in Salisbury, Wiltshire.

In a report the watchdog notes that the toxic chemical was of “high purity”, adding: “The latter is concluded from the complete absence of all impurities.”

British scientists have suggested that only a foreign state with access to advanced laboratories would have been capable of producing such a sophisticated nerve agent.

It represents a significant boost to Theresa May, who has said that Russia was directly responsible for the attack. Boris Johnson, the Foreign Secretary, said that only Russia has the “means, motive and record” to have carried out the attack.

He said: “There can be no doubt what was used and there remains no alternative explanation about who was responsible – only Russia has the means, motive and record.

“We will now work tirelessly with our partners to help stamp out the grotesque use of weapons is this kind. The Kremlin must give answers. We must, as a world community, stand up for the rules-based order which keeps us all safe. The use of weapons of this kind can never be justified, and must be ended.”

The OPCW conducted tests on blood samples from the Skripals and an analysis of samples of the agent found in Salisbury. The team also took samples from Detective Sergeant Nick Bailey, who was poisoned after coming into contact with the agent while assisting the Skripals.

The report states: “The results of the analysis of environmental and biomedical samples collected by the OPCW team confirm the findings of the United Kingdom relating to the identity of the toxic chemical that was used in Salisbury and severely injured three people.”

Mr Johnson said that Britain had asked the OPCW to publish its findings because “unlike the Russians, we have nothing to hide”.

Britain has now called a session of the executive council of the OPCW next week to “discuss next steps”. The UK has also requested a UN security council next week to discuss the report.

It comes as Ms Skripal revealed she has rejected assistance from the Russian embassy, adding: “I want to stress that no one speaks for me, or for my father, but ourselves.” Mr Skripal is also no longer in a critical condition.

The Kremlin has repeatedly attempted to challenge Britain’s claims that it was responsible for the poisoning of the Skripals. 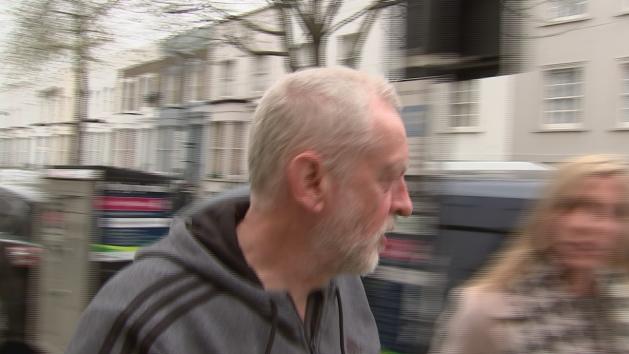 Corbyn caught on his morning walk in a tracksuit

Corbyn was caught by reporters coming back from his morning walk wearing his grey tracksuit. .