Meghan Markle’s estranged half-sister has blasted the bride-to-be for “inviting complete strangers to the Royal wedding and not her family.”

Samantha Grant unleashed a furious rant claiming that none of the Markle family have been invited to the big day and criticised the couple for showing a lack of “respect”.

Prince Harry and his fiancee have decided to invite an additional 1200 members of the public to celebrate the event in the grounds of Windsor Castle on May 19.

But the Palace announced on Wednesday that world leaders and politicians would not be included on the list of those attending the wedding.

US President Donald Trump, UK Prime Minister Theresa May and the Obamas have not been invited to the wedding.

And Ms Grant has now suggested that her family, including her and Ms Markle’s father Thomas also did not make the cut. 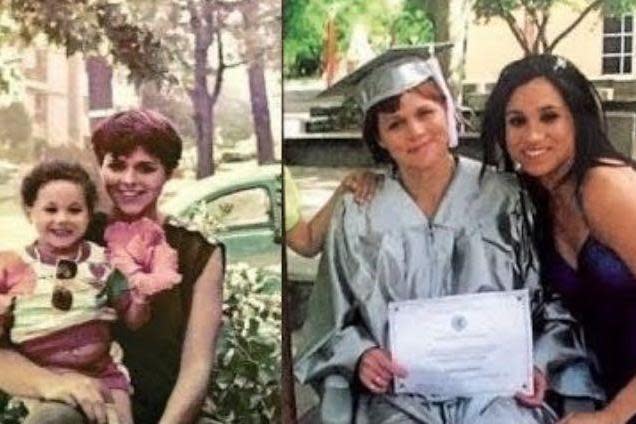 Ms Grant wrote a post on Wednesday saying: “The Markle family is looking forward to our wedding invites. No-one has one yet. Still waiting. I hope London is wheelchair friendly. Excited!” 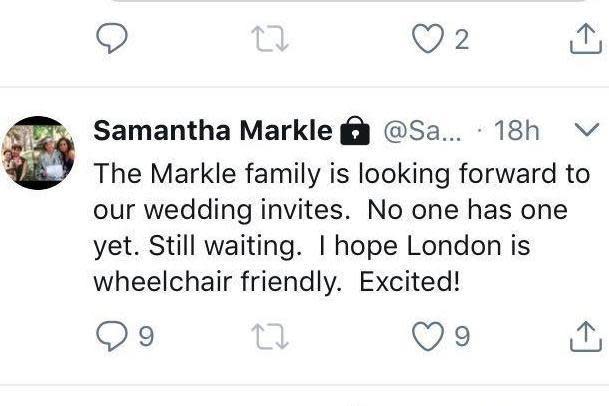 On the same day Ms Grant, who uses a wheelchair after being diagnosed with Multiple Sclerosis, changed her picture to a couple of photos of her and the former Suits actress from when they grew up together. 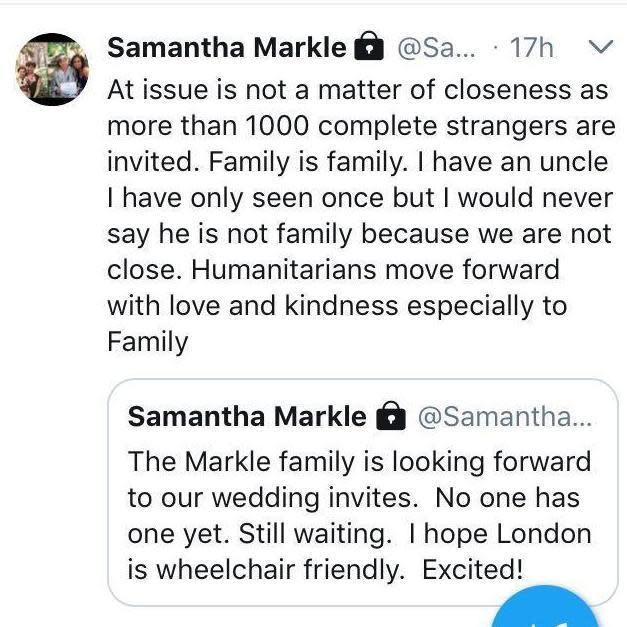 She said that one of the pictures, which shows her holding a young Ms Markle on her lap, was her “all-time favourite pic of her”. 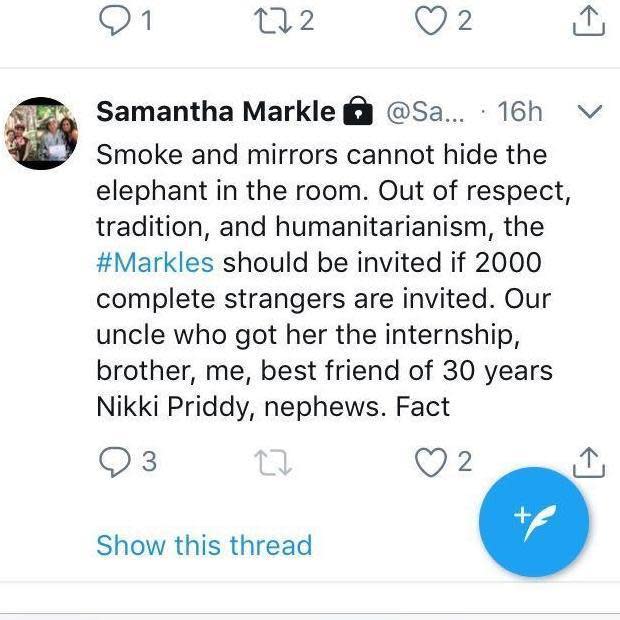 But Ms Grant, who has spoken out against her sister several times and is writing a book about her, later shared a pointed message referring to the announcement that members of the public from across the UK would be invited to join the festivities. 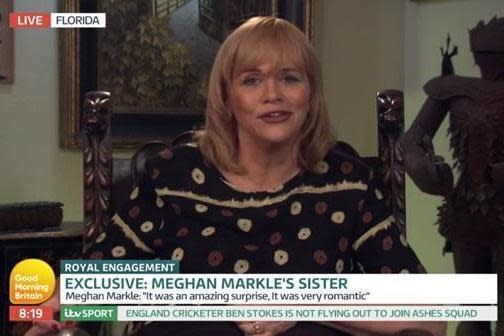 “At issue is not a matter of closeness as more than 1000 complete strangers are invited,” she tweeted.

“Family is family. I have an uncle I have only seen once by I would never say he is not family because we are not close. Humanitarians move forward with love and kindness especially to family.” 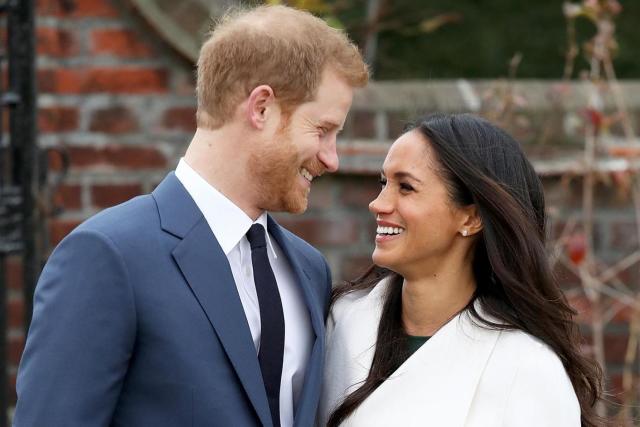 She then added: “Smoke and mirrors cannot hide the elephant in the room. Out of respect, tradition and humanitarianism, the #Markles should be invited if 2,000 complete strangers are invited.

“Our uncle who got her the internship, brother, me, best friend of 30 years Nikki Priddy, nephews. Fact.”

Kensington Palace announced in March that members of the public would be among the crowds allowed into the grounds of the castle to share in the atmosphere of the wedding.

The lucky group were nominated by the nine regional Lord Lieutenant offices after Harry and Meghan asked for those picked to come from a broad range of backgrounds and ages, including young people who have shown strong leadership, and those who have served their communities.